Hand-built in Great Britain
Pashley is England's longest established manufacturer of hand-built bicycles. Every Pashley cycle is hand-crafted in the town of Stratford-upon-Avon (the birthplace of William Shakespeare), situated on the edge of the Cotswolds. The company has survived, since its inception in 1926, as a pure British manufacturer ??" it has never taken its production base overseas; a fact those at Pashley are very proud of.

Cruiser bicycles are heavy framed bicycles designed for comfort, with curved back handlebars, padded seats, and balloon tires. The traditional cruiser is single-speed with coaster brakes, but modern cruisers come with three to seven speeds. Aluminum frames have recently been used in Cruiser construction, lowering weight. 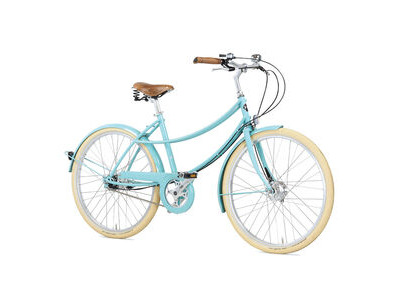 We have placed cookies on your browsing device to enable this website to function correctly.
Further usage of this website indicates you are happy for us to do this..
Find out about the cookies we have set and how we use them.